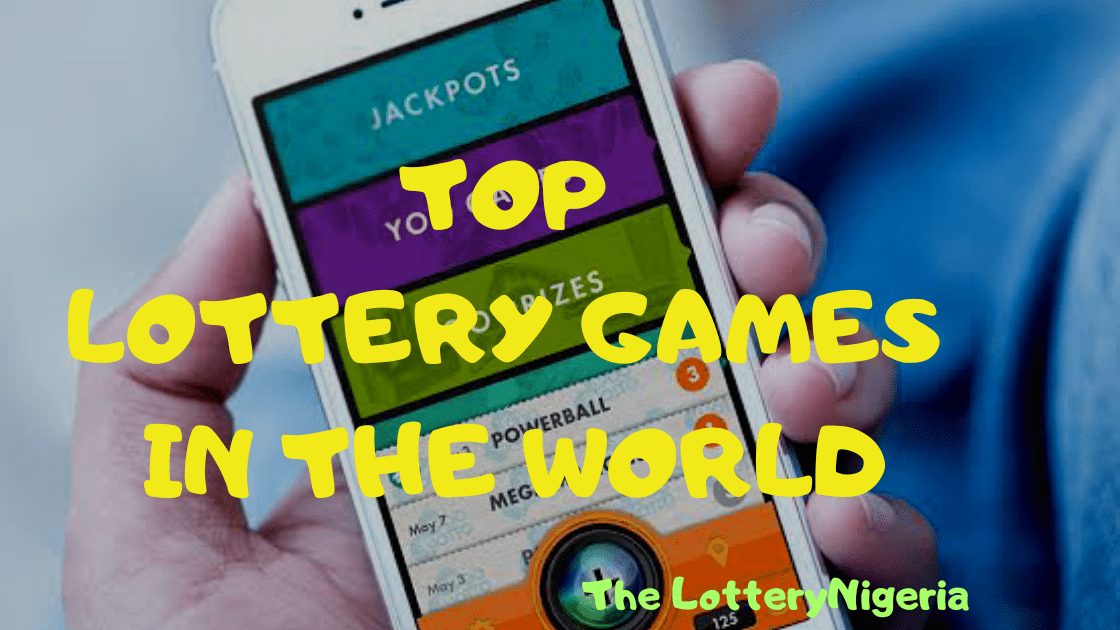 The first-ever recorded sign of lottery was found from the Chinese Han Dynasty between 205 and 187 BC. But after that came the Modern history where King Francis I of France discovered the lotteries during his campaigns in Italy and decided to organize such a lottery in his kingdom to help the state finances. And that was held in 1539.

What really is lottery?

Lottery is a form of gambling that involves the draw of random numbers for a prize.

Some government endorses the lottery games to the extent of organizing a national or state lottery while others are outlawed by some governments.

So let’s dive straight to the top and the best lottery games in the world.

Here are the top 10 lottery games in the world:

Euromillions lottery games were launched on February 7, 2004, by a combination of three different lottery bodies in France, Spain, and the UK. But has ever since then expanded.

However, to win the Euromillions Jackpot, you must select two different lucky star numbers from a pool of 12 numbers along with your five main numbers.

If you are able to get the seven numbers correctly, then you would win the Jackpot.

Drawings are held every Tuesday and Friday night at 20:45 CET in Paris.

You can purchase the Euromillions lottery tickets at any licensed stores and online websites.

Powerball lottery is an American lottery game offered by 48 states and was formed on April 19, 1992, and ever since then gained prominence.

Powerball is played by selecting five numbers from a set of 1 to 69 white balls and one number from 1 to 26 red Powerballs; the red ball number can be the same as one of the white balls.

Powerball lottery is played with $2 per play. And Jackpot starts at $40million and grows from there.

There’s is an option to double your wining without wining the Jackpot, through Power Play. With Power play, you get to multiply non-jackpot prizes by 2, 3, 4, 5, or 10 times! And it cost an additional $1 to add the Power play option to your game, which is a very good option.

Powerball drawings are held every Wednesday and Saturday at 10:59 p.m. ET.

Powerball lottery has recorded the largest jackpot in history, a whopping $1.586 billion jackpot on January 13, 2016.

Mega-Sena is the largest lottery game in Brazil with its first draw in March 1996.

The Mega-Sena game has recorded its own largest Jackpot win by an individual who bagged a whopping $64.9 million.

Mega Millions is similar to Powerball, is an American lottery game that is offered by 48 states and had its first draw on May 17, 2002.

Mega Millions is played by matching five numbers from 1 to 70 white balls and the second field of one mega number from 1 to 25 Gold colored mega balls.

If you are able to match the five numbers correctly with the one mega number then you just won yourself a Mega Million Jackpot.

Mega Millions starts with a $2 play, also offers a Megaplier of $1 where your non-jackpot prizes are multiplied by 2, 3, 4, or 5. Similar to Powerball’s Power Play.

Mega Millions is drawn at 11 p.m. Eastern Time on Tuesday and Friday evenings, including holidays.

Mega Millions advertised jackpot is $40 million and the Jackpot increases when there’s no top-prized winner.

Mega Millions has its own largest Jackpot winning of $1.537 billion which was recorded on October 23, 2018 drawings second to Powerball.

Lotofácil is a lottery game in Brazil.

Lotofácil draws are held on Mondays, Wednesdays, and Fridays, always at 8 pm.

Eurojackpot, just as the name implies is a European transnational lottery that launched in 2012.

Eurojackpot was launched as a competitor to Euromillion and has become the fastest-growing lottery game in Europe.

The EuroJackpot goal is to match 5 correct numbers out of 1 to 50 plus another 2 supplementary numbers (Euronumbers) out of another 1 to 10.

Eurojackpot has a Doublejackpot, with the Doublejackpot feature you could make yourself twice as rich as winning just the jackpot. As your jackpot win will be doubled – up to a massive €180 million.

The Jackpot starts at €10 million and grows up to €90 million. Playing the euro jackpot only cost €2 per draw.

SuperEnalotto is an Italian lottery that has been played in Italy since December 3, 1997.

SuperEnalotto is played by matching six numbers from 1 to 90. Any player able to match the six numbers correctly wins the jackpot. SuperEnalotto also includes a ‘Jolly Number’, which is similar to a bonus ball and is used to decide the winner of the second prize division.

The SuperEnalotto jackpot is among the largest jackpot won in the world which currently records €209 million jackpot and was won in August 2019 and jackpots are won once you match all six numbers.

Quina is a Brazillian lottery that is similar to the Lotofácil lottery game.

Quina is played by betting from 5 to 15 numbers, out of the 80 available, and compete for prizes of great value.

There are 6 weekly draws: from Monday to Saturday, at 8 pm.

It is one of the only two forms of legalized gambling in Thailand.

And there are two types of Thai lottery tickets. The first is the Thai Government Lottery (TGL) ticket. The second is the Thai Charity Lottery (TCL) ticket.

The lottery is drawn on the first and the sixteenth of every month.

Lotto Max is played by selecting seven main numbers from numbers 1 to 50.

The Lotto Max jackpot starts at CDN$10 million. After the jackpot reaches at least $50 million, additional drawings are held for auxiliary “MaxMillions” prizes of $1 million each; the main jackpot is capped at $70 million.

Lotto Max drawings are held every Tuesday and Friday.

Looking at the various Jackpot prizes of each of the lottery games mentioned earlier shows that they all really deserve been the top lottery games in the world.

Depending on your location, to play most of these lottery games you would need to access them through some lottery operators in your country or outside your location. Here are some of the top 20 lottery blogs you can check out also

Remember to always understand each game thoroughly before playing them.

And make sure to let us know in the comment section if you have any other lottery games that are worthy of being on the list.