Just thirty days ago, I was SO NOT pumped for this trip! Me and Squirrel were having probably our best ‘run’ ever in our marriage. The new house we moved into is getting, slowly but surely…to where we want it. Me…I’m all about making the outside look great! Her…she’s all about making the inside look amazing! It’s so much fun to be in what I am pretty sure will be our LAST house! At least until Carley heads off to college…and maybe even still then. It’s not too small…and its no where too big. In fact…it’s perfect!!! I love waking up…walking out to the back deck…letting the dogs out, and gazing out over our beautiful pond. Some mornings there is a little bit of hazy fog floating over it…and it just gives me such a great feeling of peace, and happiness. Our new puppy, Daisy…who we got for Christmas…a few months after my best buddy of 12 years…Jasper, passed away in my car on the way to euthanize him after a battle with organ failure, she LOVES that pond. And its all we can do to keep her out of it. But watching her out there, her little (but growing fast) black head bobbing up and down as she swims around…just makes me feel the simplest of joys. And while Cheryl complains about having to always bath her…I know…I can tell..cuz I know that woman…that she wouldn’t trade it for anything.


Carley is finally sleeping in her own room. It only took 6 years. Oh sure…there are still a few nights here an there when she feels that need to come back in and sleep with us. But for the most part…she is transforming into “little girl” and moving away from our “sweet little baby.” It makes me sad…but also happy. She’s a great kid. A little spoiled (duh) but a great kid. She has MY love for all living creatures…started with stuffed animals, then moved to live animals. She has a heart of gold. She has her mothers’ caring and nurturing nature. She’s shy, and awkward, and a little bit dramatic…but I wouldn’t change anything about her. She IS…my heart and soul..and best friend. And she has made me and Squirrel so much stronger as a couple. I love our little family.


Well…Squirrel hates it when I go off without her. And she has every right. Putting all that pressure on her to have to take care of Carley…and the animals! And just me being out of pocket…I get it. It sucks. I would have preferred to take her and Carley with me. In fact I always prefer that. But she has no real desire to go to Vegas for a week. She’s been there, done that. Did it once already with Carley and her…and Carley’s little friend Abbey, and yeah..it was a really good time. But once was enough. Plus she erroneously screwed up at work…and not only used up all her vacation days…but royally screwed up and has cost us our health insurance…for at least the next 6 months. I guess we have to go on COBRA…which we know little about..and won’t even GET the info until our current insurance is up on July 1st. So I have no idea what that will cost. She feels terrible about letting it happen…but I keep telling her, its not her fault. MGM makes it SO hard, and confusing…to stay on top of the hours. I’ve seen her at the dining room table trying to figure it out and it’s absurd. She isn’t the first of her friends who have had that happen to. I know of at least two others. Now she has to make up all these hours so we can get it back. To be honest…she really doesn’t need that job…at all. But she would (a) get cabin fever if she was home all day with me…in fact…she might just kill me!!!! and (b) all her friends work at the Beau…its what she’s been doing for a long time…and I think she just really kind of likes that daily routine. I think she would be miserable if she quit.


So anyway…as I look at the clock…yikes…I’ve made a promise…on my last day in town for a week…that I will take Carley and her little friend to see ‘The Incredible’s 2’ today at 3:25. I still have to shower (probably won’t) and then pick up her friend. I logged on with the intent to bang out a QUICKIE BLOG…where I would do a special, exclusive announcement…of our SIXTH member of the 2018 TEAM MONKEY GRINDERS…aka MINIONS! NO ONE but this person knows! I just told him/her last night! I sent out a “Last Call” email to my massive network of 2000+  people who play my pools, have invested in teams in the past…and just a lot of family and friends…and my shares sold in less than 12 hours have skyrocketed…from 263 shares sold (250 is enough to send 5 players) to a whopping 326 as I write this!!! So now…we not only have enough sold to send SIX…but are just 24 away from sending a SEVENTH!!!! And just based on how the past few years have gone…with a TON of interest coming in the few days leading up to the Main Event…have to think that hitting our total of EIGHT players (400 shares sold) from last year…is very possible!


As for payment? I have a shockingly high…I’d say about 85% of the shares either paid for…being withheld from the players’ buy ins…or am collecting from them when I get to Vegas. I take numerous forms of payments…but with it being this close to the start of the action (MONDAY JULY 2nd is DAY 1A) I am pretty much taking ONLY electronic payments…unless I have a good credit history with the person…and they can text or email me a photo of their check before they mail it. Fortunately…I have enough of a cushion in savings that I am able to cover any shortfall that I may have when I arrive in Vegas.


THE TEAM DAY…which includes getting every registered, getting their contracts signed, taking the team photo…passing out their team gear, then going to (first time this year…replacing Maggianos’s, who I got sick of ripping me off on the final check..with ME eating it and NOT passing it along to the rest of the dinner party) Carmine’s for our team dinner…all of that will happen on Sunday night! Then…its time to GET IT ON!!!!


I noticed in looking at my stats counter…that a LOT OF YOU have been hitting this site…looking for updates and possibly info! Okay…I was going to wait…but lets do this:


TEAM MEMBER NUMBER SIX....after much much much consideration….and with 3 or 4 others who are STILL on my very very hot on deck circle for a 7th and/or 8th spot…..is FORMER MINION….long time poker pal….and a guy who’s style of play is absolutely PERFECT for this kind of tournament. 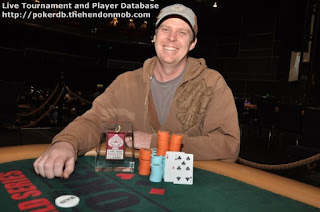 On top of everything else…he is easily one of the most-liked guys in the game. I can’t think of anyone I’ve ever run into that (a) doesn’t know him and (b) doesn’t like him. I’ve never, not once…heard anyone say…”Oh Carwash? I hate that guy. He’s such a douche.” Now…me? I’m not naive or delusional enough to think that these words haven’t been spoken about me…MANY times!!! Hey! It’s all good! I am the team guy who lays on the grenades for all my teammates!!!! I’ll take all  the bullets!!!!!


NOW lets get to work….we got some more shares to sell….I gotta take Carley to go see this movie!!! I’ll be checking my email, texts and Facebook all throughout the movie!!!! AGAIN…if you wish to purchase shares…they are $200 PER SHARE….(50 shares equals $10,000 and sends a player, I take NO FEE whatsoever for running this deal) and I need you to EMAIL ME at ThePokerMonkey1@aol.com.  Please do NOT hit me up anywhere else. Things just have a way of getting very spread out and confusing when that starts happening!!!


HAVE A GREAT FRIDAY!!! I will be back with an update tomorrow sometime…probably while flying over America!!!