The Star Entertainment Group has today confirmed another $400 million development project for South East Queensland (SEQ) with a “Tower for Tourism” to start construction on the Gold Coast in the next few weeks.

The ASX Top 100 company and its joint venture partners have approved the latest addition to The Star Gold Coast integrated resort development – a 63-storey mixed-use tower that will include an internationally-recognised five-star hotel brand with whom final negotiations are taking place.

The Star’s CEO Matt Bekier announced the green light for the new development as works continue on the Dorsett hotel and apartments tower – the inaugural project in a $2 billion-plus masterplan for the Broadbeach Island property. 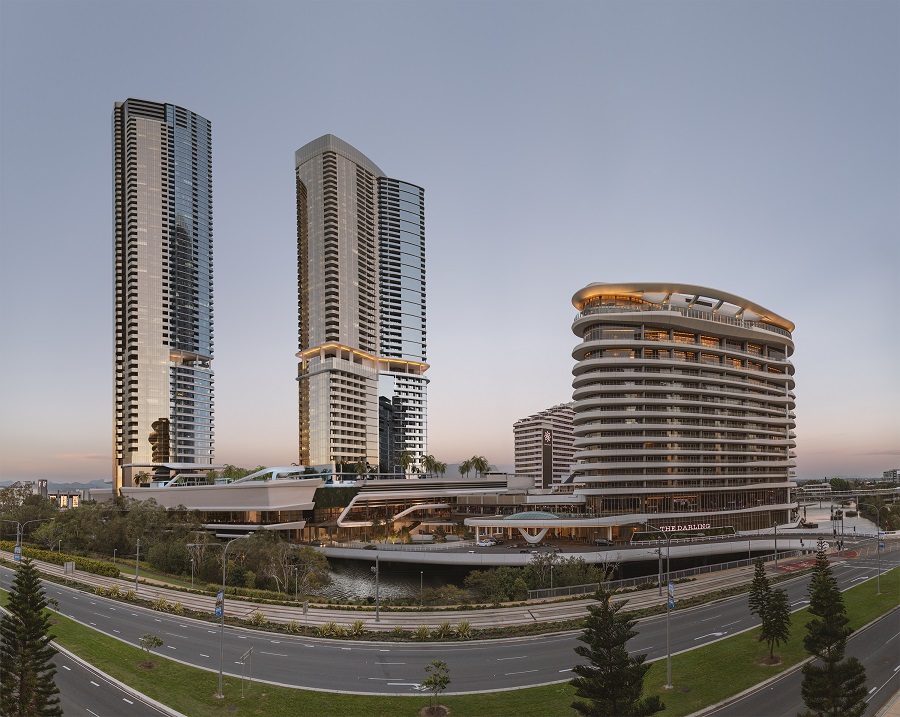 The now approved Tower 2 will deliver a fourth hotel to The Star Gold Coast; create around 2300 additional construction, operational, and indirect jobs; and provide a much-needed recovery stimulus for a tourism sector decimated during COVID-19.

Planned for a mid-to-late 2024 opening, Tower 2 will be built on the most south-eastern part of Broadbeach Island, and will feature 210 five-star hotel rooms, plus 457 apartments that will form part of The Star Residences Gold Coast.

Seventy per cent of the one, two, and three-bedroom apartments have already been sold since pre-sales began in May 2019. Prices range from $596,000 to around $1.8 million. A high percentage of the apartments are likely to deliver further tourism accommodation via a managed serviced apartment program.

The State Government-approved masterplan for The Star Gold Coast is being overseen by Destination Gold Coast Consortium – the joint venture between The Star, Chow Tai Fook Enterprises, and Far East Consortium.

Along with the $400 million, 53-storey Dorsett hotel and apartments tower – and the soon-to-commence Tower 2 – the masterplan provides potential for a further three towers on Broadbeach Island.
The masterplan also allows for significant additional resort facilities, dining precincts, bars and cafes, and entertainment areas.

Tourism Minister Stirling Hinchliffe welcomed the consortium’s decision to proceed with this significant investment in the Gold Coast.

“This is an outstanding win for the Gold Coast and the Palaszczuk Government’s focus on jobs and helping the tourism industry to rebuild better after COVID-19,” Mr Hinchliffe said.
“We approved the consortium’s $2 billion+ masterplan in 2018.
“Today’s decision to proceed with a second mixed-use tower for locals and visitors shows confidence in Gold Coast tourism’s economic recovery.
“Construction of the tower is expected to deliver 1,800 direct and indirect jobs, and once operational, another 500 job opportunities across The Star Gold Coast.” 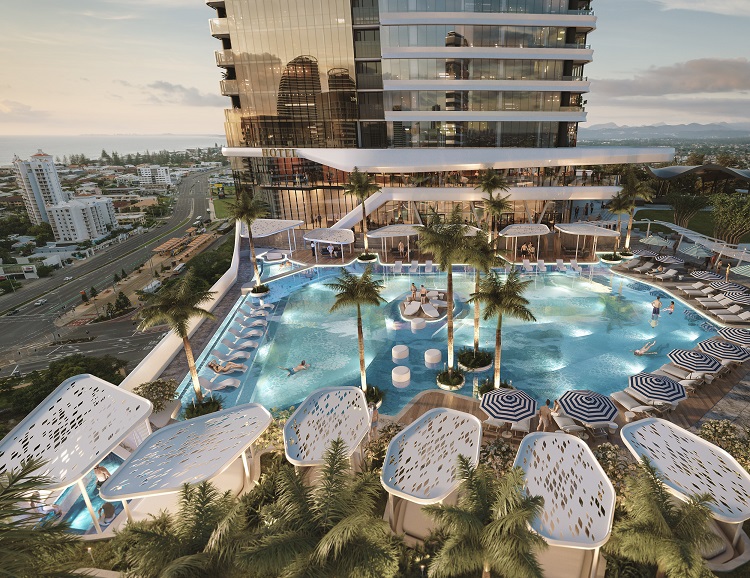 “While we continue to work through and manage the serious impacts of domestic and international border restrictions on our business and the industry more broadly, the decision to proceed with our second tower is part of our unwavering commitment to the Gold Coast,” Mr O’Neill said.
“This city has unique and appealing characteristics that make it an internationally sought-after tourism destination.
“Domestically, we all know how strongly the Gold Coast resonates as a premier holiday location, particularly for those from the southern states.
“There is also a growing number of Australians who want to work, live, and play here. It all helps underpin our confidence in the Gold Coast and SEQ tourism.
“Our focus has never wavered. We are creating a world-class tourism, leisure, and entertainment destination that Gold Coast locals can be proud of, while working towards our vision of becoming Australia’s leading integrated resort company.”

In Tower 2, the 210 hotel rooms will feature across the lower levels, while the 457 residential apartments ranging from 55sqm to 168sqm will form the upper levels.
Starting from level seven and spanning 14 levels, the new hotel will sit above a six-level podium featuring an active retail concourse, with direct connectivity to The Star Gold Coast’s other integrated resort offerings. 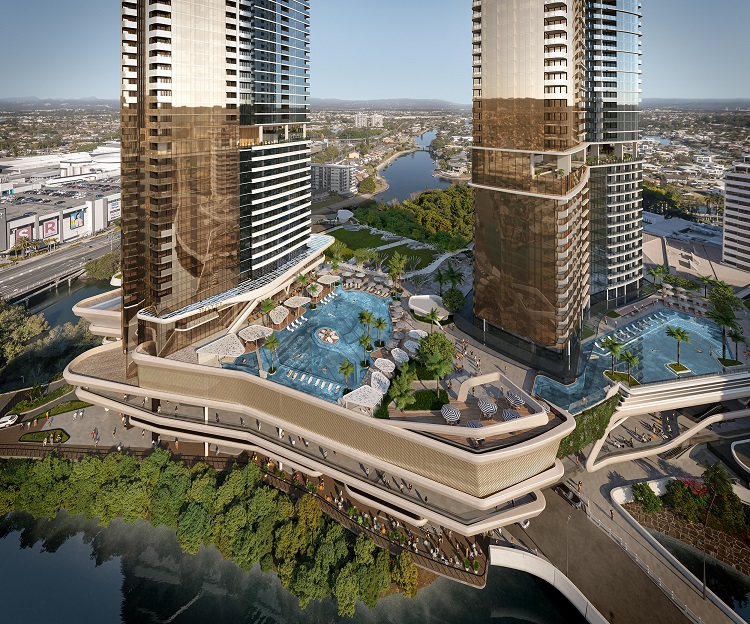 The second tower’s retail offerings, when combined with the Dorsett hotel and apartments tower, will feature more than 12,050sqm of retail and resort facilities.

These are proposed to include a luxurious day spa and wellness centre; food and beverage; and a range of speciality lifestyle services.

An additional sub-tropical recreation deck for use by residents and visitors will connect to The Star Gold Coast, and is designed to create a world-class experience.

Global construction company, Multiplex, has been awarded the contractor role for the build with site establishment works commencing this week, followed by initial demolition works starting in the next few weeks.